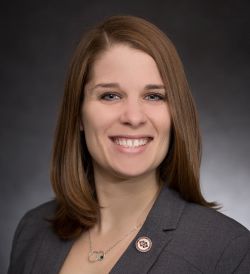 Maranda DeSanto joined LSAR in 2004 and became the CEO in 2014. She obtained her REALTOR® Certified Executive designation (RCE) in 2009, received the AE Leaders of Tomorrow Young Professionals Award in 2016, has served on several committees for the National Association of REALTORS®, and has gained a wealth of industry knowledge. A Duluth native, Maranda is a graduate of the University of Minnesota – Duluth and continues to reside in the city with her husband Dan, daughters Kenna, Avery & Hayden, and two boisterous canines. In her downtime, you can usually find Maranda at the family cabin on Whiteface Reservoir. 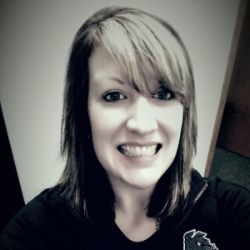 Laura Douglas has been Member Services Coordinator since September 2014. She brings a customer/member centered approach from over 10 years in the restaurant industry. A 2007 and 2014 graduate of the University of Minnesota Duluth; a Studio Art B.F.A. and Marketing B.B.A. respectively. Outside of the office, Laura enjoys going to concerts. Aerosmith and Brooks & Dunn among her favorite shows; although would love to see Train and Huey Lewis and the News. 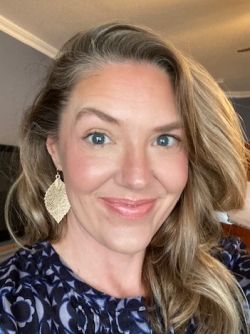 Sara Ploetz recently joined LSAR as Community Relations Coordinator.  She brings almost 14 years of experience collaborating with local, state and federal environmental resource agencies during environmental permitting on construction projects.  Sara hopes to benefit LSAR members via her experience working with governmental officials, reviewing and interpreting rules and regulations and enacting community engagement meetings for topics important to the Association. A Wisconsin native, Sara is a graduate of the University of Minnesota - Duluth and continues to reside in Wisconsin with her husband Craig and daughter Evelyn.  Outside of the office, Sara enjoys biking, hiking, visiting State parks in both Minnesota and Wisconsin and spending time with family. 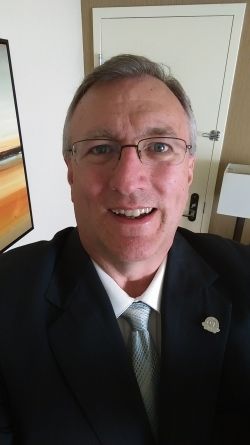 BRUCE KING HAS BEEN GOVERNMENT AFFAIRS DIRECTOR FOR THE REALTORS ASSOCIATION OF NORTHWESTERN WISCONSIN FOR THE PAST 13 YEARS, AND SERVES ON A NUMBER OF LOCAL COMMITTEES THAT DEAL WITH HOUSING AND HEALTH. BRUCE SERVES ON THE STATE AND LOCAL ISSUES POLICY COMMITTEE WITH THE NATIONAL ASSOCIATION OF REALTORS®. BRUCE HAS BEEN ELECTED TO PUBLIC OFFICE TWICE, TO THE DURAND WISCONSIN SCHOOL BOARD IN THE MID 80S AND THE EAU CLAIRE SCHOOL BOARD IN THE MID 90S. BRUCE HAS BEEN MARRIED FOR NEARLY 30 YEARS TO HIS WIFE CATHY AND HAS A 21 YEAR OLD DAUGHTER COURTNEY, WHO IS A JUNIOR AT THE UNIVERSITY OF MINNESOTA.